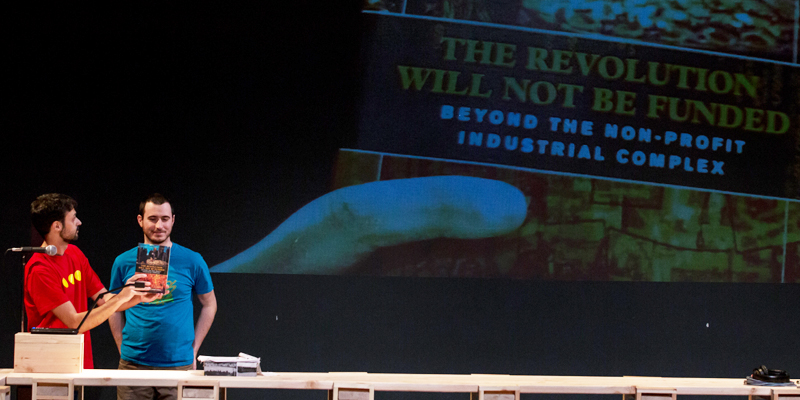 Tim Smith-Stewart | Jeffrey Azevedo is a Seattle based artist duo creating contemporary art at the intersection of performance and installation.

They are currently developing SALVAGE RITUALS to premiere at On the Boards in 2021. This work has been developed through residencies at On the Boards, Seattle University, and Portland Institute for Contemporary Art’s Creative Exchange Lab. Tim and Jeffrey recently toured their production AWAITING OBLIVION to the 2018 Time Based Art festival, which originally premiered in the 2017 season at On the Boards. A companion piece, THE PERPETUAL INSURRECTION OF CLAUDE CAHUN, premiered the Henry Art Gallery. Tim and Jeffrey have presented work at Next 50 Festival (SEA), Risk/Reward Festival (PDX), Velocity Dance Center (SEA) and Fresh Oysters Performance Research (MSP) among others.

Tim and Jeffrey have received grant awards from the Foundation for Contemporary Arts, The Seattle Office of Arts and Culture, The Seattle Foundation, and the National Performance Network, and particpated in the On The Boards 18/19 Artists-in-Residence Program.